React and Vue are both front-end and JavaScript frameworks. Which have attracted the attention of many people in the world of web developers. So that React has been able to be in the top position for three consecutive years.
The approach of both frameworks is the same and both tools are provided to developers to build different web applications. In this article, we try to discuss the unique features of each framework. The virtual DOM was fully explored in the article examining react properties. In short, when rendering, there is no need to load an entire DOM and only reload the parts where the change was made. In Vue and react, both virtual DOMs are loaded first and then changes are made to the main DOM. This will load faster and save less resources.
Component-based user interface development:
Both frameworks are developed by reusing code and improving productivity as well as speeding up the development process.

Focus on the View Library:

There are concerns for routing and managing states and so on.

The official library of components for building and developing mobile apps:

This has not been possible on vue for a long time, but now both JavaScript frameworks support this tool.

Duration of presence in the field of development and use: 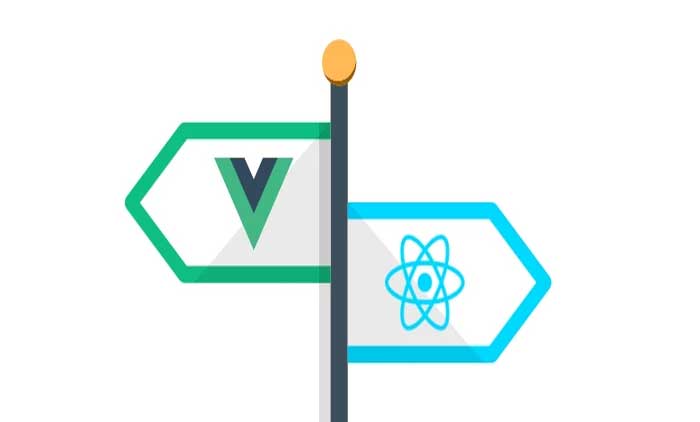 React was created to target specific needs on Facebook and is still maintained by the company. In the past, there were many doubts about using react. However, this tool is currently operating under the license of Mit and has made it open source.

React is supported by Facebook, and this could indicate the future stability of programming based on this framework.

But Vue was originally created by a developer named Evan You to improve JavaScript tools. Ivan Yue Ge, a former Google employee instead of the Angular team, wanted to combine the best development approaches before him, Angular, Ember, and react, by creating a new framework; To put forward an attractive, fast and easy approach.

One of the fundamental differences between react and Vue frameworks is how to create the view layer.
By default, vt uses html templates. But it is also possible to write in jsx.
On the other hand in react we can only use jsx. The ability to program vue with html, css, js has made it easier for developers to learn.

Availability of specialists and demand for employment

Although Vue is easy to learn, there are many reactors on the market. This is why we can take advantage of react if we need to spend less time finding the developer.

React is the most widely used technology in the latest JavaScript state.
The same reports state that the knowledge of developers in these two areas is advancing and is faster in the vue framework.

In most cases, it is the opinion of framework developers that influences others’ decision to learn a new framework.
Ultimately, you have to decide which framework meets your expectations and capabilities.

Attractive vue items from the developers point of view:

Attractive things about react from the developers’ point of view: 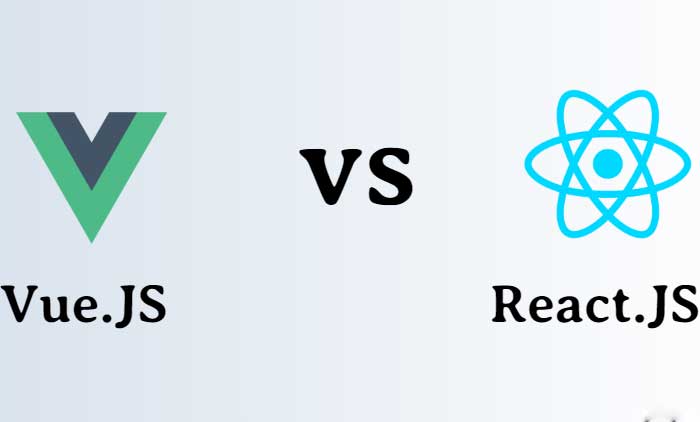 In 2020, in a stack over flow poll, react ranked second in the world most popular framework, and vue ranked seventh. But according to the charts of previous years and their comparison, we can see the rapid growth of vue.

Where are the best uses for react and Vue?

Vue can be added to ongoing projects as needed. This feature is so popular that some developers consider vue’s largest asset to be easy to integrate.

Vue has easy learning curves and uses tools like vue ui and vue cli3 to launch simple ideas and MVPs.

And this has led to the introduction of a cost-effective way for small and medium-sized applications.

But that does not mean that vue is not suitable for large applications. What is there is the opposite of what was said. With its tools, Vue Mobile Libraries meets all the complex needs of enterprise applications.

But react was created for large applications from the beginning, and its choice is too much for small and medium applications.
With the help of jsx, developers can take full advantage of JavaScript and include flow control and advanced ide features.

Unlike vue in react, there are no official packages for routing or managing states, and we must use a third-party template to do all the work. But advanced developers know that using multiple libraries can provide the best response to the business needs of a particular web.

5 companies that use vue:

react In addition to Facebook-owned services such as Instagram and WhatsApp, it is also used in five major websites:

In the end, what is the right tool? 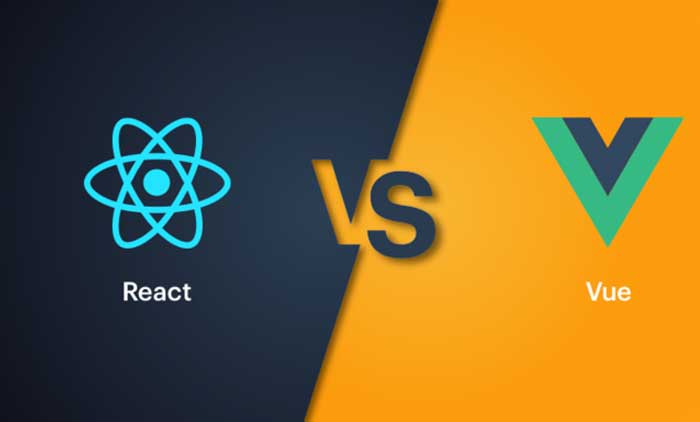 This question should be answered by yourself because both are great tools for creating user interfaces and interacting with users.

In general, it can be said that to choose to use each one, you must weigh the factors used in each project. These include business needs, the environment and the availability of the programmer, the budget and the time frame available.

One of the features of vue is its lightness, which makes writing pleasant. Due to the familiar citexes and the use of components in it, project integration in vue is done quickly and smoothly. And for these reasons, vue works great for startups. However, it is also possible to implement programs on a large scale.

In terms of performance, both frameworks have the necessary coordination with each other. The end result, however, depends on the optimization effort and the size of the application.
Vue has formal packages for managing server-side state routing or rendering that come with up-to-date support and guarantee coordination throughout the system.
React, on the other hand, is a pioneer in JavaScript. Especially with the support of companies, and the large community of programmers, it creates a huge ecosystem for building complex applications worldwide. The react framework is also thriving for experienced developers. And that factor makes you never lack for expertise in this area. And due to the maturity of this framework and the help of its community, achieving the goal and receiving the result is done in the slowest time and with the greatest guarantee.