State is an object in JavaScript that holds dynamic component data. And enables tracking between renderings. Because it is dynamic, it only makes interaction possible. For this reason, it is not used in static projects.

Components are classes that have additional properties, and local state means a property that classes have. Properties can only be used in classrooms. And usually the only place that can be declared as a manufacturer is this state.

What is the role of setstate ()?

In fact, setState () is a scheduling task for updating a component object. When a state changes, the component responds again through rendering.

How to use States correctly

We will now examine each to better understand its meaning.

Do not change State directly.

We say we should not change it directly, because it prevents the component from being re-rendered automatically. The only place this.state can be assigned is in the constructor.

React can combine multiple calls to function together in one update. That’s why they call setstate. Calling setstate is asynchronous when inside event handlers. We are not currently using this.state to display a new value immediately after calling setstate. To correct this situation we must use another form of the setstate function. Which accepts a function instead of an object. Make sure the latest state version is called.

When we call setstate, we are actually merging an object that has been sent to the current state. For example, we can define several separate variables for each state. For this reason, states can be updated separately with different setSatet () calls. 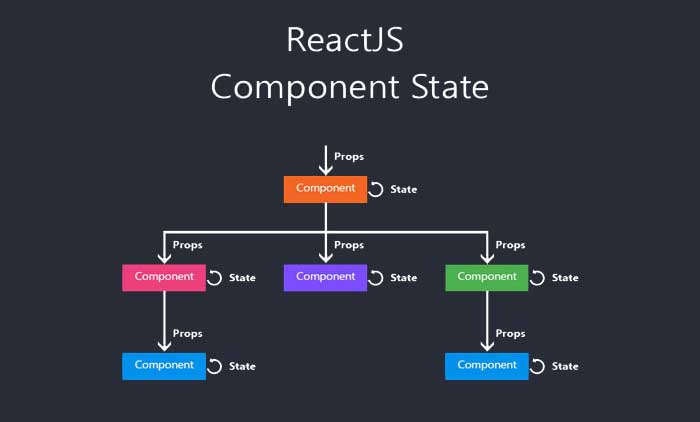